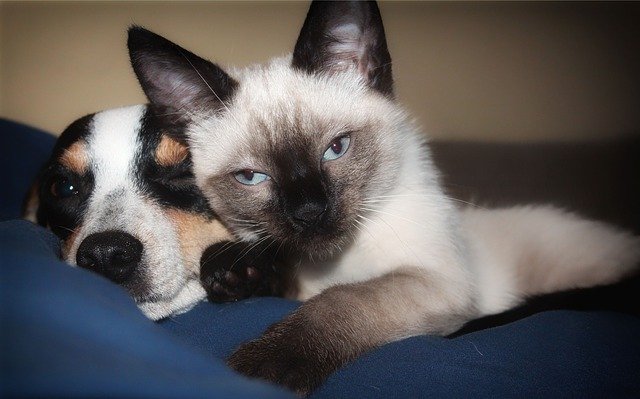 No, really. What the title says is absolutely true. Vox has published an article citing UCLA Geography professor Gregory Orkin that states reducing the rate of cat and dog ownership in favor of other animals reduces greenhouse gasses that contribute to climate change.

Orkin cites the amount of food the animals consume and that the waste cats and dogs produce is equivalent to 6.6 million pounds of trash produced by humans. But don’t worry, Emma Thompson said two years ago, if you really want to help the cause your pets would make a great meal.

Matter of fact, two years before Thompson’s suggestion, it just so happens that Gregory Orkin authored a study discussing exactly what Vox raised. The first appearance of the claim that cats and dogs contribute to climate change was made in the online environmentalist publication, EcoWatch. Conveniently enough, the article was published a year prior to Orkin’s manuscript.

This latest assertion is about as moronic as the notion made a few years ago that Halloween candy contributes to climate change too. The only waste is what is in the minds of the people at Vox and so-called scientists like Gregory Orkin.

Now that the science has been established and publicized, next comes environmentalist groups seeking to clamp down on pet ownership and pet food production that, in turn, means higher prices for both. PETA and other animal rights groups will, no doubt, lend a helping hand.

Image by joy617 from Pixabay

2 thoughts on “Climate Alarmists Are Coming For Your Pets”