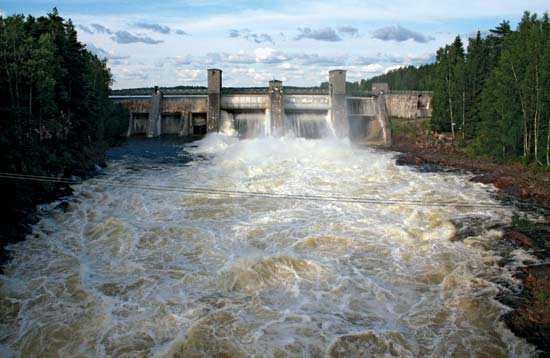 A startling article published by CTV. A peer-reviewed manuscript published in the journal Proceedings of the National Academy of Sciences suggests that hydroelectric plants will emit more methylmercury into ecosystems than climate change. Methylmercury is a neurotoxin created as mercury mixes with bacteria and is associated with heart issues and intellectual problems in children. As sea ice melts, the news report says, high levels of the substance have ended up in sea life.

The report comes at a time in Canada when Muskrat Falls dam in Labrador, Canada near Lake Melville is being considered for conversion to a hydroelectric facility. Nalco Energy, a Canadian Crown corporation, said they are monitoring methylmercury levels in Lake Melville and there were no measurable effects. CTV also says:

Harvard researchers led by Elsie Sunderland, associate professor of environmental engineering and environmental health, measured baseline methylmercury levels in Lake Melville. They noted that concentrations in plankton peaked between one and 10 metres under the water, just as they do in the central Arctic Ocean.

The study concludes that when fresh and salt water meet — in estuaries such as Lake Melville or as oceans absorb melting sea ice — the salinity means organic matter that would usually sink begins to float. It forms a bacterial layer that marine plankton then feast on.

I tried to pull a copy of the manuscript but was unsuccessful and have been unable to verify what manner the methylmercury is transmitted including to see if the results of the scientific conclusions are preliminary (i.e. there needs to be more research). If the news reports are correct, this is very disturbing since if the toxin’s levels are higher around hydroelectric plants then that is a huge strike against them. I thought hydroelectricity had some potential and would be the one renewable energy source that might do well.

If the study’s findings are correct, then hydroelectricity has been revealed not only as a failure due to its polluting nature but another way to kill off human beings. A great way to kill off people is by polluting the water supply and rivers, lakes, and streams where people swim and fish.

One thought on “Hydroelectric plants may pollute water with methylmercury”