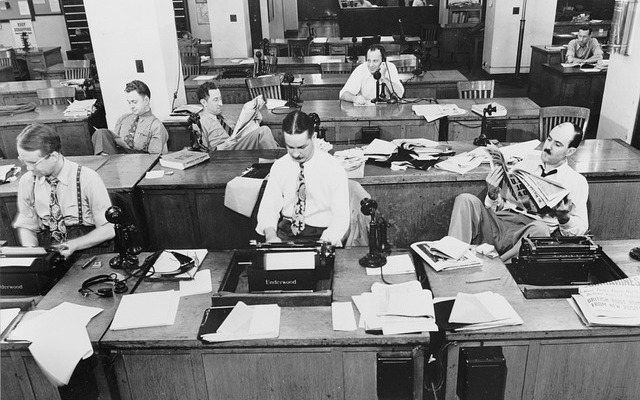 The Associated Press took $8 million in donations to fund climate coverage in 2022, with the news cooperative and several other major media publications engaged in dubious claims about climate change, according to a new, exclusive year-end report.

The “Climate Fact Check 2022” report, presented by the Competitive Enterprise Institute (CEI), the Heartland Institute, the Energy & Environmental Legal Institute, the Committee for a Constructive Tomorrow (CFACT), and the International Climate Science Coalition (ICSC), stated that “climate alarmists” and members of the media engaged in claims about the relationship between manmade emissions and natural disasters, claims that clashed with “reality and science.”

In February, the Associated Press admitted that they would assign more than 24 journalists across the globe to cover “climate issues” after receiving more than $8 million over three years from various organizations.

Until recently, the media would not link weather to climate change since it is scientifically very hard to do. But that doesn’t seem to phase the AP.

Senior legal fellow at the Energy & Environment Legal Institute, Steve Milloy, told Fox News Digital, “It’s hard to claim it’s news when you’re being paid to report only one side of the climate discourse.”

The Washington Post in November published a piece by Barry Svrluga with the headline “In this World Cup ski season, climate change is winning.”

The piece claimed that climate change had led to shorter winters and made it so warm that only one of eight races was able to be held as of mid-November. A fact-check of the claim found that when the World Cup skiing started in the 1960s, the season began in January. However, now it begins in October.

“If the competition began in the winter everything would likely be okay because wintertime snow cover in the Northern Hemisphere has been increasing since the 1960s, the report claimed.

Not surprisingly, the climate change debate has become increasingly biased where dissenting voices are suppressed and Milloy explains the press is doubling down berating climate skeptics instead of people who make untrue or questionable statements.

“Instead of moving on to something else, they’re doubling down on this, and they’re making themselves look worse at the same time,” Milloy added.

Like any other natural disaster where people can experience climate change-related disaster it in the comfort of their own homes. Worst of all, the media is making this propaganda literally into an art form.