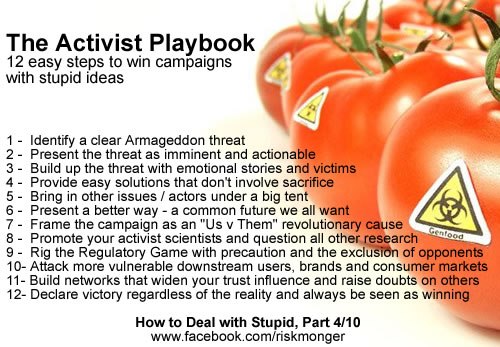 The United Nations’ International Agency for Research on Cancer (IARC) was founded in 1965 to examine human carcinogens and to guide health policy. However, in an essay written by biomedical scientist and author Dr. Alex Berezow, over time the agency has degenerated into a body that promotes hype rather than actual scientific investigation.

For example, Dr. Berezow revealed in a USA Today column last year that the IARC lists bacon being as dangerous as tobacco, asbestos and plutonium. But that is not the worst of it.

As it turns out, the UN agency is in deep trouble. Allegations have arisen that one of its staff members accepted a bribe given by trial lawyers representing cancer patients in a lawsuit against pesticide manufacturers. The attorneys allegedly sought to have the herbicide glyphosate declared a carcinogen in order to benefit from their litigation. Berezow points out:

Thanks largely to the investigative work of David Zaruk on Science 2.0, The Times reports that Christopher Portier, a key IARC advisor who lobbied to have glyphosate listed as a carcinogen, accepted $160,000 from trial lawyers representing cancer patients who stood to profit handsomely by suing glyphosate manufacturers. Mr. Portier’s failure to disclose such an obvious conflict of interest has exploded into a textbook case of scientific fraud.

It gets worse. Reuters reports that evidence that glyphosate was harmless was intentionally edited out of an IARC monograph. The monograph also distorted other studies it cited, for instance, by concluding that the research found a link between glyphosate and cancer when the opposite was true. Furthermore, Reuters writes that “the agency won’t say who made the changes or why.” Sixteen scientists contacted by Reuters refused to answer any questions about the edits. That’s not how science operates; that’s how Fight Club operates.

The IARC’s parent body, the World Health Organization, does not consider glysophate to be a carcinogen along with the US EPA and the European Food Safety Authority. But thanks to this scandal, the IARC may have damaged the WHO’s reputation beyond repair. Worst of all, environmentalists have manipulated IARC in order to benefit themselves and their causes such as declaring certain products cancerous.

Environmentalists find employment at government agencies, like the IARC, and then use their posiitons or new found employer as a platform to pitch alarmism and fear in order to see their pet issues become government policy. This being done in the hopes of churning up enough support to ban certain products such as pesticides. It is a fear industry and the more often it is done the less likely people are to believe it.