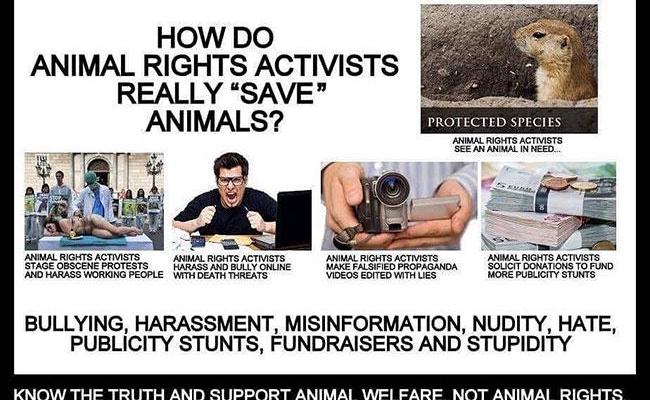 According to an op-ed written by one student published in The Tribune, not only do the thugs protest but they also harass students and have even caused classes to be cancelled.

Ironically enough, one sign DxE bully’s sign said: There Is No Excuse For Animal Abuse but they have no problem abusing human beings in order to force other to do DxE’s bidding. The animal rights movement isn’t about the humane or ethical treatment of animals, rather it is about the animalistic treatment of humans.

Below is a video done by the school’s campus newspaper Mustang News that covered the DxE protest. While Cal Poly faculty were interviewed for the article cited above, strangely enough none were for the video report.