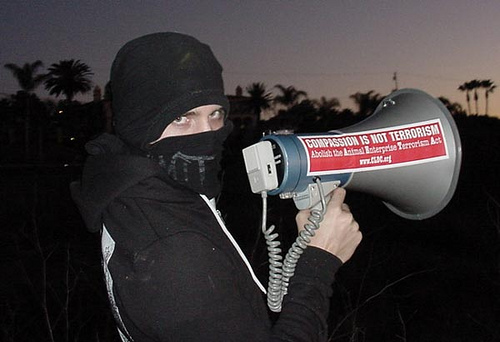 The UK Guardian reports Australia’s agriculture minister, David Littleproud, has urged the animal rights group Aussie Farms to remove a map the group published online revealing the locations of farms and abattoirs. Littleproud is concerned that its presence would enable people to conduct acts of terrorism and trespassing.

Aussie Farms denies their map would lead to any such results claiming animal rights activists are peaceful and non-violent. The information they provide, group spokesman Chris Delforce told the Guardian, can be found online anyway.

Littleproud’s concerns are justified since animal rights supporters with ulterior motives can use the map as a means of picking out targets to harass or attack. Plus also, as the agriculture minister points out, there is no way to verify the authenticity of the photos and videos uploaded to the website.

Aussie Farms’s claim that they want to allow consumers to make informed choices is nothing more than a smoke screen. The group’s true intent is pointed out at their Facebook page which states their objective is to end commercialised animal abuse and exploitation through public education about modern farming and slaughtering practices.

The group is clearly seeking to encourage terrorism and trespassing against farms and slaughterhouses, including against their owners and employees. That includes uploading false photos and edited videos geared to make them all look bad so all meat production and dairy-related production in Australia comes grinding to a halt. Hopefully the National Farmer’s Federation will be able to successfully stop this latest charade.