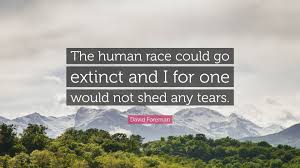 Nearly 100 hoodlums with the group Direct Action Everywhere (DxE) were arrested mostly for trespassing by police at Reichardt Duck Farm in Petaluma, California on Tuesday. According to The Press Demcorat, DxE states the action was spurned due to their outrage resulting from what they allege was Sonoma County’s inaction addressing what the group believes was abuse of animals on the facility.

DxE alleges they had video footage of animal abuse and neglect and went through official channels to the farm and county to address it, but got nowhere. Now a lot of these gangsters will, rightly, end up with felony records, jail time, and most will have ruined their lives because of the arrests on their record.

The Press Democrat reports the DxE goons went so far as to not only sit in the driveway, but also chain themselves to the farm’s main gate and equipment in which some even attempted to steal ducks. The group’s spokesperson, a veterinarian named Shirstin Rosenberg, had the gall to claim not only were their activities peaceful, but that what they were doing was legal under California law. Rosenberg (who also faces multiple felony charges) also said their numbers would grow resulting from the arrests. In other words, they’re threatening more farm attacks like this and it could escalate into violence.

DxE states they were there to provide the ducks food and water that they claim was legal under California law. In reality, they were there to steal the ducks and rob the farm of a source of income in hopes of shutting it down. If they had been there long enough and police had not been there in adequate numbers to deal with DxE, they probably would have sabotaged the farm’s equipment and even physically assaulted the owner or employees.

Organizations, like DxE, have no problem harassing and intimidating meat butchers and animal farmers, along with customers who consume meat products. The ethics of animal rights is ultimately based on the nihilistic savagery of the animal kingdom and that is what the DxE and other groups like them revere. Below is a news report of the event.