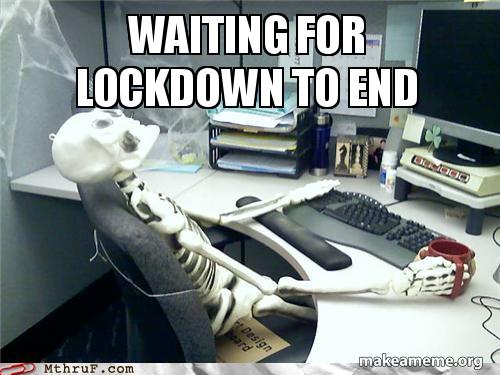 Thankfully, backlash against Gov. Gavin Newsom’s coronavirus lockdown order is growing in California and the Golden State’s rural areas are the one of the centers of resistance. The San Francisco Chronicle profiled Steve Knauff of Steve’s Sportsmans Cafe in Mariposa County. His restaurant is still serving food to hungry crowds and said he is ignoring state and other officials.

The Chronicle also revealed more details about the growing opposition to Newsom’s lockdown:

“Knauf’s sentiment has been a common one, particularly in the rural reaches that make up much of the 12-county San Joaquin Valley region that the state told Monday to halt all but essential services because of the pandemic. The order, following months of shifting and often unpopular restrictions, appears to be only fanning frustration, if not outright defiance.

Public health officials say the backlash, which is also growing in parts of Southern California and the Bay Area, will make it harder to stop the spread of the coronavirus as the number of statewide cases soars to new peaks.”

““My customers don’t want me to shut down, and I’m not going to,” said Robbie Nelson, 68, owner of the Airport Inn Bar and Grill, which was packed Wednesday with few people donning facial protection.

Until recently, Nelson and her husband, who started their business 12 years ago, had been playing by the state’s rules. They limited dining to the outdoors and took the temperatures of their patrons before seating them.

However, after months of regulation, which had Mariposa County progressing toward less onerous restrictions but then backtracking, the back-and-forth stopped making sense to Nelson. With this week’s directive, she said she could no longer neglect her plummeting finances.”

Though Newsom’s order is to remain in place for another three weeks, California residents and even some county sheriffs are starting to nullify it through non-compliance. And who could blame them?

An out-of-touch governor in Sacramento who doesn’t follow his own lockdown orders, loots COVID-19 relief funds for his state’s citizens, and is forcing policies on places in California that are not grounded in science or resulting from an actual health threat. People, rightly, see Newsom’s lockdown for what they truly are: a political edict geared to destroy people’s lives.