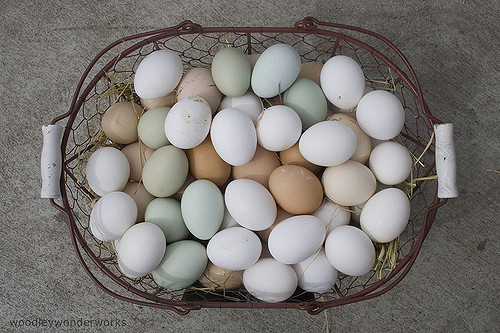 According to the Associated Press, 40 animal rights thugs with the group Direct Action Everywhere (DxE) were arrested for involuntarily entering a Petaluma, California organic egg farm to for a vigil and sit-in and also document alleged cruel conditions farm chickens were living under including allegedly stealing the animals. The gangsters demanded being able to remove chickens they deemed to be ill or wounded.

Quoting the Sonoma County Sheriff’s Office, the AP states the arrests were made Tuesday after over one hundred people arrived at Sunrise Farms to conduct the above mentioned activities. The incarcerated hoodlums were later cited and then released.

Despite their denials, Sonoma County Sheriff’s deputies documented some activists had broken into a few doors and cages in order to remove chickens. The group says the 37 chickens they stole were taken to veterinarians to receive care. However, in no other instances that animals have been taken by DxE have never been returned to their owner(s).

Animals survive mainly by predatory, perceptual instincts and do not have the capacity of deliberation and choice humans have. This is why animals cannot and should not be afforded the same rights as humans. DxE thinks otherwise since they revere the savagery of the animal kingdom over the civilization of mankind.