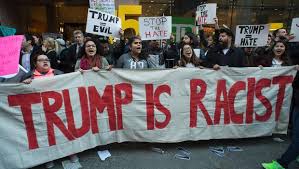 As a result of pressure by far-Left activist, The New York Times recently changed a headline on its front page because it presented Trump in a neutral light.

Tim Pool reveals this is part of a trend that has only gotten worse in recent months, in which the mainstream media and political Left are one in the same. Sadly, it will only get worse.

The Left is going full steam ahead to defeat the President next year. When (not if) they lose, the shock and tears the media and other intelligensia experienced in 2016 will be even worse.