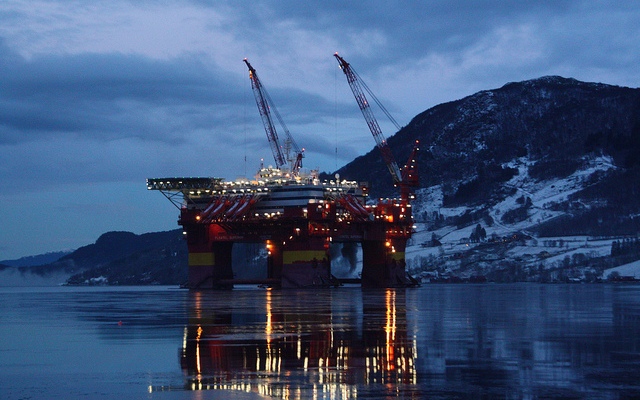 Back in November, the green blogosphere lit up with glee over a policy enacted by Norway. One online environmentalist publication, Climate Action, reported that Norway’s national bank (NBIM) wrote a letter to the Ministry of Finance (that run’s the country’s wealth fund) recommending divesting from oil and gas stocks.

The Norwegian Ministry of Finance Deputy Governor Egil Matsen was quoted as saying:

This advice is based exclusively on financial arguments and analyses of the government’s total oil and gas exposure and does not reflect any particular view of future movements in oil and gas prices or the profitability or sustainability of the oil and gas sector”.

He added: Our perspective here is to spread the risks for the state’s wealth. We can do that better by not adding oil-price risk.

It was further alleged that Norway’s economy was at risk due to the country’s wealth fund’s exposure to petroleum equities that make up 6 percent of the fund itself totaling approximately $35 billion! It sounds so ominous that it’s a good thing that Norway has divested from those evil oil and gas stocks, right? The reality tells a different story.

A column at Bloomberg written by economist Sony Kapoor tells a different story. In his essay, Kapoor clarifies Noway’s move on divestment was about diversification and not for the environmentalist cause:

As someone who has been involved in the painfully slow changes to the Fund’s investment strategy for a decade (first as an adviser to Norway’s government and then through research), I can say with great confidence that the proposal does not go nearly that far. In making the proposal, the central bank is explicit in saying that it is not taking a stand on the future of oil and gas.

Even now, it’s far from guaranteed that this sell-off will actually happen. The finance ministry has often vetoed sensible proposals from NBIM before, most recently its request to be given permission to invest in infrastructure, a natural asset class for such a long-term investor. Given the ministry’s closeness to the powerful oil and gas industry in Norway, it may veto the central bank yet again.

The other reason environmentalists should not celebrate is that Norges Bank is very clear that this is not about climate risk. It is simply old-fashioned diversification. Good for Norway? Certainly. But not a sign that Norway has lost faith in oil and gas yet.

However, according to Kapoor, don’t lose heart environmentalists. The proposal would not have been enacted had there not been a concern about fossil fuels remaining a long lasting energy source. The fund is also slated to eek up its green energy investments a tad with other country sovereign wealth funds possibly copying Norway’s lead.

Despite Kapoor’s bone for greens at the end, this is not a win for them since Norway did not divest from oil and gas equities out of some high-minded effort to stand against fossil fuels. The new policy was done so the fund could diversify to make more money and to shield itself from potential risk since a good portion of the fund’s exposure is in fossil fuel stocks. It goes back to an old saying not to put all of your eggs in one basket. However, if you’re an environmentalist, it’s not lying even when you omit certain facts or drop context since it is all about helping the cause.