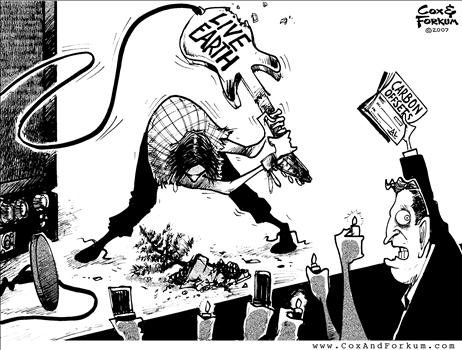 Greenpeace’s chief scientist has said it is ‘not okay’ to claim, as Elton John did on Harry and Meghan’s behalf today, that private jet travel is ‘carbon neutral’ as a result of a donation to a carbon offset scheme.

Doug Parr told MailOnline: ‘There’s no way any current tech deals with the load of CO2 you’ve released on a personal level’.

In an Instagram message today Sir Elton John responded to criticism of Harry and Meghan’s recent private jet vacations by insisting he had made a donation to offset the carbon cost of the trips.