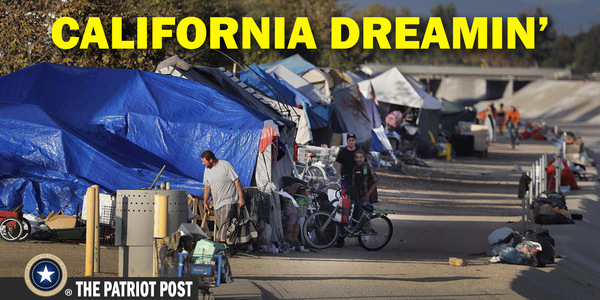 A telling study published four years ago by the California Legislative Analysit’s Office on housing costs reveals some surprising admissions that would probably be considered heresy in Sacramento. NIMBYism and environmental regulations that restrict housing construction are among the factors listed as the factors that contribute to the high cost of housing in the Golden State. That, in turn, results in increased homelessness and all of the environmental problems that come with that too.

California’s Home Prices and Rents Higher Than Just About Anywhere Else. Housing in California has long been more expensive than most of the rest of the country. Beginning in about 1970, however, the gap between California’s home prices and those in the rest country started to widen. Between 1970 and 1980, California home prices went from 30 percent above U.S. levels to more than 80 percent higher. This trend has continued. Today, an average California home costs $440,000, about two–and–a–half times the average national home price ($180,000). Also, California’s average monthly rent is about $1,240, 50 percent higher than the rest of the country ($840 per month).

Building Less Housing Than People Demand Drives High Housing Costs. California is a desirable place to live. Yet not enough housing exists in the state’s major coastal communities to accommodate all of the households that want to live there. In these areas, community resistance to housing, environmental policies, lack of fiscal incentives for local governments to approve housing, and limited land constrains new housing construction. A shortage of housing along California’s coast means households wishing to live there compete for limited housing. This competition bids up home prices and rents. Some people who find California’s coast unaffordable turn instead to California’s inland communities, causing prices there to rise as well. In addition to a shortage of housing, high land and construction costs also play some role in high housing prices.