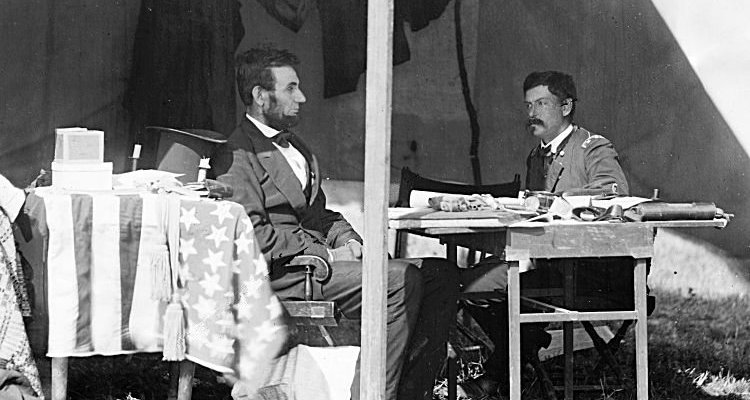 Bold letters in quoted text below in order to highlight emphasis are mine and there are lots of parallels to what happened then when compared to now, including the civil war we are in along with the likely outcome of the election. To paraphrase the wisdom of Mark Twain: History doesn’t repeat itself, but it sure does rhyme.

Traveling to Baltimore in the fall of 1864, Orville Wood had no way of knowing he would soon uncover the most elaborate election conspiracy in America’s brief history.

Wood was a merchant from Clinton County in the most northeastern corner of New York. As a supporter of President Abraham Lincoln, he was tasked with visiting troops from his hometown to “look after the local ticket.”

New York legislators had only established the state’s mail-in voting system in April with the intent of ensuring the suffrage of White troops battling the Confederate Army.

The results of the 1864 elections would heavily affect the outcome of the war. Lincoln and his supporters in the National Union Party sought to continue the war and defeat the Confederacy outright. Meanwhile antiwar Democrats, also referred to as Copperheads, looked for an immediate compromise with the Confederate leaders and the end of the abolition movement.

Troops from New York were allowed to authorize individuals back home to cast a vote on their behalf. Along with their mail-in ballots, troops would assign their power of attorney on slips that required four signatures: the voter’s, the person authorized as a recipient, a witness to the signed affidavit and a fellow officer. These documents would be sealed in an envelope and shipped back home to be counted in the final vote. This was the process that Orville Wood intended to uphold, he would testify in court later. He quickly found out what a challenge that would be.

Wood arrived at Fort McHenry in Baltimore to visit with the 91st New York Regiment. There, an Army captain suggested that there had been some “checker playing” when it came to the gathering of soldiers’ mail-in ballots. These suspicions of fraud were echoed when Wood visited wounded men at the Newton University Hospital. The rumors of wrongdoing led Wood to the office of Moses Ferry in Baltimore.

Ferry had been selected by New York Gov. Horatio Seymour to help oversee the voting process for New York’s enlisted men. Seymour had vetoed the initial bill to establish mail-in voting and would go on to run against Ulysses S. Grant in the 1868 presidential election.

Wood masked his suspicions as he entered Ferry’s office, portraying himself as a strong supporter of Lincoln’s opponent, George McClellan. This was enough to gain Ferry’s trust, he testified later.

Ferry told Wood that the votes from New York’s 91st Regiment had already been tallied: 400 for McClellan and 11 for Lincoln.

Wood returned to the office later and, following Ferry’s instructions, began forging signatures of the 16th New York Cavalry. Meanwhile, a clerk sat across the room signing ballots from the roster of names Wood had brought with him from home. Wood asked to personally deliver these fraudulent ballots, but Ferry said they would have to receive final approval from his colleague in Washington — Edward Donahue Jr.

Donahue soon arrived in Baltimore and met with Wood. It was revealed during this conversation that around 20 co-conspirators were already at work in D.C. to aid in the plot to deliver votes to McClellan. The following day Wood watched as Donahue and his crew formed a sort of assembly line, passing blank papers along to one another to be signed with the names of active enlisted men, wounded and dead soldiers, and officers who never existed.

PHOTO CREDIT: Lincoln and McLellan By Alexander Gardner – This image is available from the United States Library of Congress’s Prints and Photographs divisionunder the digital ID cwpb.04351.This tag does not indicate the copyright status of the attached work. A normal copyright tag is still required. See Commons:Licensing for more information., Public Domain, https://commons.wikimedia.org/w/index.php?curid=461333