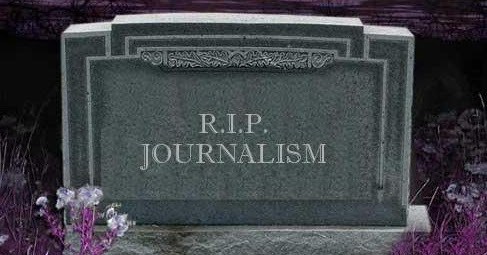 Since the election of Donald Trump, the Financial Times‘ credibility as a reliable, objective news source has been seriously undermined. It is abundantly clear that the outlet has been infected with woke activists and their latest piece trying to rehabilitate Rebekah Jones demonstrates how much the left’s cancer has spread in areas of journalism.

As it turns out, Jones has a history of sinister behavior and the FT signed on try to resurrect her career. For example, in their article, the FT claims that Jones was hired as a data scientist with the Florida Department of Health and lead the effort for the creation of the department’s prestigious COVID-19 dashboard that tracked the spread of the virus in the state.

However, Jones did not create the dashboard nor did she analyze data. The database in question was created by a geographic information software company called Esri and even Jones’ own blog reveals degrees in journalism, geography (uncompleted), and communication. She is not a scientist but was tasked with mapping coronavirus data of Florida’s counties as part of an eight-person task force she belonged to.

Despite what the FT reports, Jones did not perform any data analysis but was reportedly fired for insubordination and not due to retaliation as she has alleged. Jones was instructed by her superiors to disable the instant release of data before department experts could review the results in which Jones deemed this action the wrong call. From the Tampa Bay Times:

“For much of the next day, May 5, the column was either missing or empty, with every row listing “None.” Finally, it returned shortly before 8:02 p.m.

Times reporters asked Health Department spokesman Alberto Moscoso that day why the data disappeared. Two days later, he said, “This field continues to be represented on the Department’s COVID-19 Dashboard.””

The article also points out:

“According to internal emails reviewed by the Times, Department of Health I.T. Director Craig Curry emailed Rebekah Jones just before 5 p.m. on May 4. He cited Dr. Carina Blackmore, director for the Division of Disease Control and Health Protection.

“Per Dr. Blackmore, disable the ability to export the data to files from the dashboard immediately. We need to ensure that dates (date fields) in all objects match their counterpart on the PDF line list published,” Curry wrote.”

It was not the first time Rebekah Jones has been punished for disobedience and hostile activities. During 2016, after being terminated from her job at Louisiana State University, Jones was arrested and charged with resisting arrest, refusing the instructions to leave, and assault of a police officer.

About a year later, Jones was fired from a job she held at Florida State University after reportedly having an affair with a student and later allegedly cyberstalked him. Most recently, her home was raided by Florida state police stemming from a hacking investigation into the state’s alert system that police traced to Jones’ residence.

Prior to the COVID-19 outbreak, Jones worked at the Florida health department on environmental issues and is a self-described environmental enthusiast. She has leftist underpinnings to her actions including her criminal record. But none of the above facts were taken into account and were obviously overlooked by the Financial Times, including the reporter of this story, Lauren Fedor.

The Financial Times decided to construct a new profile in order to make Rebekah Jones out to be some sort of whistleblower who tried to expose corruption in Florida’s health department. In reality, Jones is a violent nihilist and a fraud and the FT‘s effort resulted in a huge blow against Fedor and the Financial Times‘ credibility.

This isn’t the first occasion the FT has done this too. Last week, the FT published an interview with Adaf Soueif who was given the opportunity to cry about how oppressed she and her friends in prison are while no mention of Soueif’s attempt to whitewash Islamic terrorism is mentioned. When you are a female leftist, sisterhood obviously comes above all else.