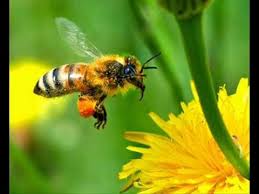 The irony is that if passed, the Saving America’s Pollinators Act would actually be detrimental to bees and other pollinating species, while harming America’s farmers.

By Henry I. Miller, The Federalist

Reintroduced for the fifth time since 2013, the bill would usurp the Environmental Protection Agency’s (EPA) regulatory responsibilities by withdrawing the registrations of eight pesticides—principally neonicotinoid insecticides—that are supposedly endangering bees.

Like so many other flawed pieces of legislation, it sounds simple and unobjectionable. What could be wrong with banning pesticides that are allegedly killing the insects that pollinate our flowers and keep our food supply varied, nutritious, and affordable? As it turns out, plenty.

Neonicotinoid pesticides (neonics, for short) are state-of-the-art crop protection products that anti-pesticide zealots have been campaigning to eliminate for the better part of a decade. Applied mostly as seed coatings, which obviates the need for foliar spraying, they are absorbed into crop plants and control crop-destroying pests.

They are safe for humans and animals, and the way they are used minimizes exposure to beneficial species such as bees and other pollinators. Small wonder, then, that they’ve become the world’s most widely used class of insecticide—and a prime target of anti-pesticide campaigners, many of whom are agents of the organic agriculture and food industries. The irony is that if passed, the Saving America’s Pollinators Act would actually be detrimental to bees and other pollinating species, while harming America’s farmers.

Apart from removing crop protection tools on which farmers depend and that are vital to the survival of the U.S. citrus industry, among others, this bill establishes a Pollinator Protection Board, which would cede to environmental activists the ability to annually review and ban any other pesticide they deem harmful to pollinators, in effect, giving them a chokehold on most U.S. agricultural production that is not organic. There are other reasons that the bill is unwise, unnecessary, and unconscionable.