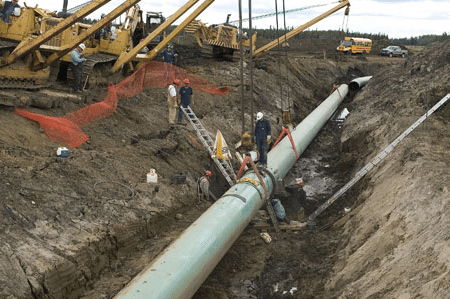 The controversy over the Canadian pipeline and Leftist groups blocking railway transport of fossil fuels, highlights an under-reported power struggle in the American press. As it turns out, Canadian hereditary native Indian tribal chiefs may have decided to enlist the help of (ahem) ANTIFA and environmentalists as part of a power struggle in an attempt to regain power they have lost many years ago.

Justine Hunter, The Globe and Mail

The Gitxsan Nation, whose hereditary leaders are aligned with their Wet’suwet’en neighbours in opposition to the Coastal GasLink pipeline, spent years embroiled in an internal dispute over who speaks for the community: their hereditary chiefs or elected council.

That conflict is mirrored in the dispute over the gas pipeline in northeastern British Columbia, which remains a blurry road map for engagement with Indigenous peoples whose rights and title to unceded territories remain largely unresolved.

In a conference call among Canada’s provincial leaders last week, B.C. Premier John Horgan sought to explain to his counterparts the complex and unique issues that have led to national protests in support of the Wet’suwet’en hereditary leaders, who oppose the construction of a gas pipeline that their community’s elected chiefs have endorsed.

“Other premiers needed to be brought up to speed on what’s the problem here, and I well imagine many British Columbians feel the same way,” Mr. Horgan told reporters on Thursday. “They don’t understand how elected band councils could have said yes and other, hereditary leaders have said no.”

When Canada established hundreds of Indian Act reserves across the province of B.C., it sought to replace traditional political structures of existing tribes with a series of small, elected governments with limited powers. What that disruption left behind is a complex patchwork of governance, in a province that has signed only a handful of treaties.

In the case of the Gitxsan Nation, that lack of clarity led to years of divisions.