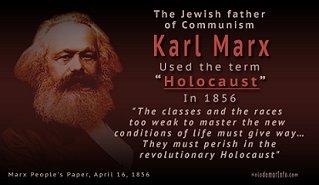 President Trump has recently ordered federal agencies to stop teaching critical race theory. While Trump’s order is a good move, unfortunately, there are other critical theories the Left has in its quiver that they can utilize. The president’s next step should be to prohibit federal funding of schools that teach critical race or any Marxist-oriented critical theory.

As it turns out, the indoctrination of students using Marxist-based critical theories went into overdrive thanks to Trump’s predecessor Barack Obama. As Thomas Sowell explains in the video below, Harvard Professor Derrick Bell was not only a racist but also the ideology’s incubator to Obama.

NOTE: Despite being ethnically Jewish, Karl Marx was a rabid anti-Semite.