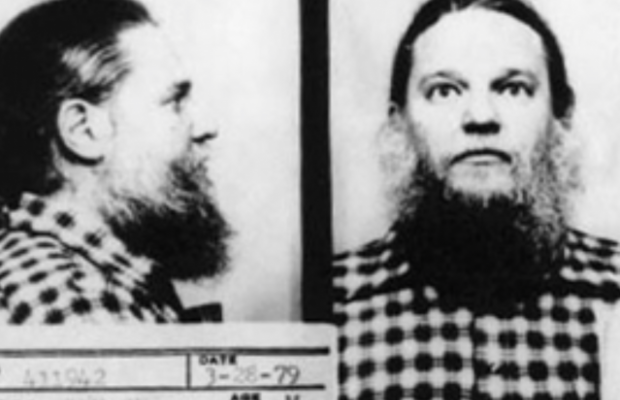 Back in 2011, NBC News published a penetrating article about a little known co-founder of Earth Day named Ira Einhorn. He made a name for himself among environmentalist groups during the 1960’s and 70’s. Einhorn was a charismatic individual who nicknamed himself Unicorn since his Jewish-German name translated in English stands for One Horn.

Despite his self-professed pacifism in opposition to the Vietnam War, Einhorn had a hidden, dark side. After his girlfriend broke off their relationship of five years, she was never seen again after returning to their Philadelphia apartment to pick up her belongings upon Einhorn’s insisting she do so. A little over a year later, Helen Holly Maddux’s decomposed, partially mummified body would turn up in Ira Einhorn’s closet after a neighbor downstairs complained to police of a foul stench and reddish-brown substance from an area of his ceiling that was in the same area as Einhorn’s apartment.

After his arrest, Einhorn fled to four different countries in which he was called The Unicorn Killer and was finally caught in and quickly extradited from France. During his trial he represented himself positing that CIA agents were the ones who murdered his girlfriend and pinned the blame on him. Fortunately, the jury didn’t buy it and Einhorn was convicted of murder and is spending a life sentence rotting behind bars. Naturally, the environmentalist movement has written him out of their history books but Ira Einhorn still maintains that Earth Day was his idea and he helped organize the festivities that took place on April 22, 1970.

Environmentalism is an anti-human philosophy and the groups that are based on it call for the destruction of human life. This ethic has been translated through indirect deaths resulting from environmental policies. The millions, for example, who have died resulting from green groups opposition to using DDT and other pesticides used to halt the spread of malaria and defend bio-technological foods from insect attacks.

Ira Einhorn is a model for environmentalists since he practiced the very nihilism he preached. It is no surprise he would take the life of an innocent person and it is no coincidence that Earth Day was founded on the same day of Communist leader Vladimir Lenin’s birthday. Like environmentalism and in the spirit of Ira Einhorn, Communism has committed some of the worst humanitarian crimes in human history and environmentalism is not far behind in meeting or exceeding the death totals of their ideological cousins.

NOTE: This is a slightly edited version of an essay posted on this day back in 2015.