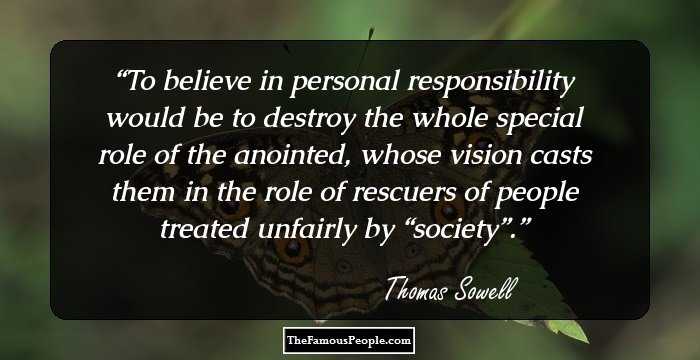 Think Tank host Ben Wattenberg converses one-on-one with author Thomas Sowell about his (then) new book, The Vision of the Anointed, which argues that the assumptions and beliefs of America’s liberal elite have created thirty years of disaster. This book can be seen as a precursor to Intellectuals and Society.

In his book, Sowell states: “Whether the issue has been overpopulation, Keynesian economics, criminal justice or natural resource exhaustion, a key assumption is that the public is so irrational that the superior wisdom of the anointed must be imposed to avert disaster. The anointed do not simply happen to have a disdain for the public. Such disdain is an integral part of their vision, for the central feature of that vision is preemption of the decisions of others.”