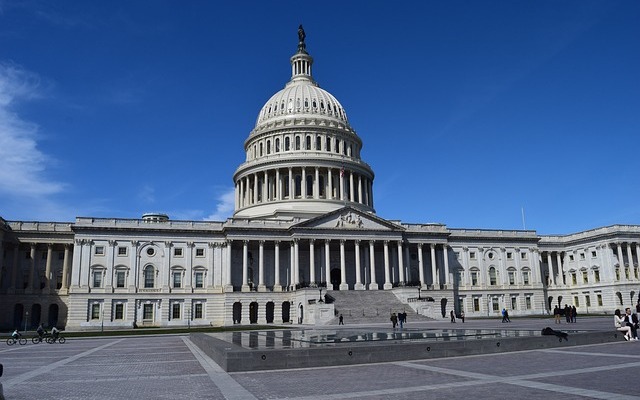 Biden has seemingly taken a victory lap. CBS News reports that he isn’t going to change his efforts (especially on climate change) saying Democrats did better than better than talking heads said they would predicting a Republican take over of Congress. Aside from the GOP winning the majority in the House of Representatives, there are still two Senate seats in Georgia and Arizona that still need to be settled making a Republican majority in that chamber a possibility too.

While there are reports that Trump was disappointed with the outcome, it is important to make sense of why this happened. After state audits uncovering numerous election inconsistencies and vote fraud revealed two years ago, it is unlikely that any fraud did occur this time but there were improprieties.

But all signs pointed to an overwhelming Republican victory, and it is reasonable to ask: what happened? As it turns out, the Democrats utilized a tool that the GOP has underutilized: early voting. According to The Washington Post, the amount of early votes cast far surpassed 2018 levels when the Democrats flipped the House of Representatives.

Potentially one-third of the ballots that will be cast in the 2022 election have already been cast, with early voting and vote-by-mail turnout surpassing 42 million and already eclipsing the last midterm in 2018, The Washington Post’s Patrick Marley and Lenny Bronner reported this weekend.

The data has some Democrats like Simon Rosenberg and Tom Bonier excited, or at least cautiously optimistic, about an election that otherwise might appear to be slipping away from their side. But it all comes with caveats — and even more of them than with early voting data in recent elections.

In anticipation of this, the Arizona GOP made a last minute push for early voting, but it may have been too little too late. As of publishing this post, Maricopa County, Arizona has over 400,000 early ballots to be counted that were hand delivered on Election Day. A lot of Republicans were defeated and the Democrats were able to motivate voters pointing to the Republican extremists who won primaries and endorsed by Donald Trump while making it more convenient for people to cast ballots.

After all of this, the knives came out to blame Trump and the Never Trump Republican establishment cranked out it’s own orange man bad narrative. However, Trump wasn’t in charge, the RNC and Kevin McCarthy were. While critics are quick to blame the former President, the fault really lies with the incompetence of the Republican leadership. They were supposed to deliver an overwhelming victory yesterday but didn’t. Therefore, the GOP leadership need to be held responsible.

The best way to approach electoral defeats is that they are set backs, to learn and then develop the means to defeat the opposition next time. The Republican Party is going through a painful but necessary change to make it a right-wing populist political party.

Last night was a reminder that the GOP’s opponents may be down, but they’re not out and the party that has the better ground game wins. Yet one has to wonder how many more times does the Republican Party have to get beaten before they realize their opposition takes politics more seriously than they do?

Image by Robert Jones from Pixabay

ADDENDUM 11/14/2022: Mark Levin gave a spot-on analysis on his Fox News show last night as to why the red wave didn’t happen and thankfully, Levin went there with early voting too.

One thought on “Why The “Red Wave” Whimpered”