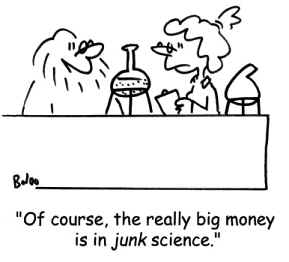 Climatologist Judith Curry weighed in on her blog yesterday expressing her frustrations with the politicization of science. Most of what Dr. Curry says is very true and, in an ideal world, it would be best to let scientists research free from political interference. Unfortunately, it is difficult for people not to let their values or beliefs dictate their work and Dr. Curry has also spoken about the manipulation of her field for political purposes many times. In a political context, she quotes John Tierney who correctly points out there is only one ideology that poses a real danger to science toward the end of her post.

“I’m reaching out to scientists this week about the election. How do you feel about it? Which of the candidates has the best plan, for you, in science and technology?”

The above question was emailed to me today by a reporter.

Here is the long response,some text from something that I’m working on:

Dutch regulatory lawyer Lucas Bergkamp summarizes the challenge in this way. Science has become an instrument used by politicians and agencies to arm themselves with powerful arguments in complex value-laden debates. Scientists have let the politicians hijack the scientific enterprise. Both policy makers and scientists exploit scientific uncertainty to avoid debate on the relation between science and politics, facts and values. Armed with science, politicians are able to avoid accountability for decisions. Serious debate is avoided because politicized science has purged doubt and skepticism. Activist climate science makes use of a series of strategies and tactics to influence public opinion and politics. Bergkamp concludes that climate science itself has come under siege.

Scientization of policy is a response to intractable political conflicts that transforms the political issues into scientific ones. The rationale for scientization is the belief that science can act as a neutral arbiter of policy — if we could only determine the facts of a matter, the appropriate course of action would become clear. The problem is that science is neither neutral nor capable of answering political questions. The answers that science gives depend on what questions are asked, which inevitably involves value judgments. Science is not designed to answer questions about how the world ought to be, which is the work of politics.